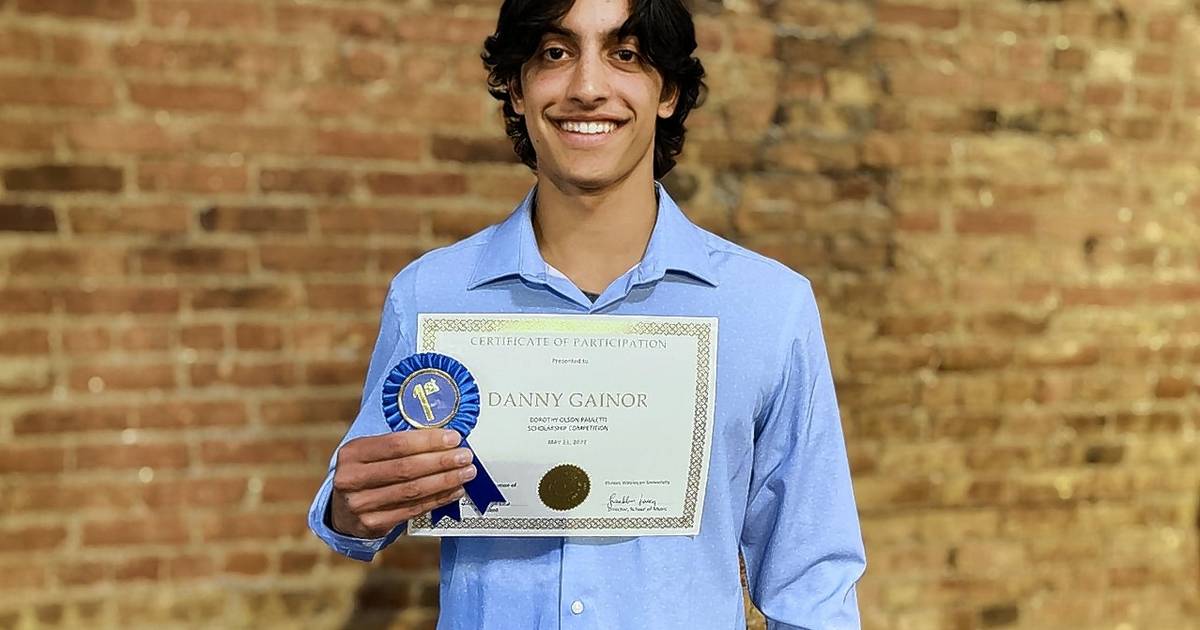 ‘A Star’ Lives on Chicago Federation of Musicians Scholarship Program

If the young performers playing at the first Chicago Federation of Musicians Dorothy Olson Pauletti Piano Scholarship can entertain people even half the time, they will have done just fine.

A mainstay of Chicago’s keyboard magic for 84 years, in 2020 the nearly 103-year-old musician died in Northlake, shortly after performing at the North Suburban YMCA’s 2019 “Seniorpalooza.”

“I made a promise to my mother before she died that I would set up this scholarship, and I am so happy to have these two institutions come together and partner with me in making this dream come true that I had of ‘to honor my mother’s legacy,'” Nelson, of Northbrook, said.

“She could turn any place into a piano bar,” said Nelson, a Spanish teacher.

“I am honored to have this magnificent person as my mother. She is unique in her many accomplishments.”

Billed as Dorothy Olson during her long career, she played piano in a who’s who of classical venues before officially retiring at 97, after her last gig at Hackney Restaurants in Glenview and a now closed in Wheeling.

Enlisted to perform in the Empire Room at the Palmer House Hilton from 1977 to 1985, she was the last person hired by Merriel Abbott, founder of the Abbott Dancers and director of entertainment for all Hilton hotels, Susan Nelson said.

She volunteered as an artist in nursing homes, hospitals, grocery stores, Nelson recalls. Around Christmas, she was playing calliope at Sunset Foods.

“If there were keys on it, she could play it,” Nelson said.

She composed for WGN and wrote the background music for the soap opera “The Edge of Night,” Nelson said, adding that Irving Berlin had already approached her mother to ask her to compose a track.

“Fiercely independent,” said Nelson – Olson Pauletti divorced in 1959, radical for the time – she declined Berlin’s request after learning she would not be recognized for her work.

She had a repertoire of 5,000 songs she could play from memory, Nelson said, though her signature tunes were her own arrangement of George Gershwin’s “Rhapsody in Blue” and Zez Confrey’s “Kitten on the Keys.” in 1922.

Living independently, which Olson Pauletti did until his death, was perhaps due to his early childhood. She was born in May 1917 at the St. Vincent de Paul Orphanage in Chicago. At age 2, she was adopted by John and Amelia (Heinz) Hoppe and raised in Bloomington.

Olson Pauletti went on to earn scholarships from Illinois Wesleyan University – in whose orchestra she played despite not having graduated from college – and from the American Conservatory of Music, which supported her. brought to Chicago in 1935 at the age of 17.

She recognized both the Illinois Wesleyan and the Chicago Federation of Musicians union as key factors in her career.

She would have been proud to hear one of her standards, “Flight of the Bumblee” by Nikolai Rimsky-Korsakov, played by Piano Scholarship Award finalist Mitchell Galyen of Watseka.

Three judges, including Craig Nelson, Susan’s son and Dorothy’s grandson, weighed in on the seven statewide contestants who each played a classic selection and one of their personal favorites for about 20 minutes each Saturday.

Wheaton Warrenville South’s Danny Gainor, who played a medley of Chopin, Beethoven and Debussy followed by a minor rendition of Billy Joel’s “Piano Man,” won the grand prize purse of $1,000.

“They all had that entertaining quality, which I was looking for, as well as that piano-like efficiency. They were all able to relate to the audience in front of them,” Susan Nelson said.

It was a spark his mother had for over 84 years at the keyboard.

“She walked into a room and all of a sudden the room lit up,” Nelson said. “He was a star.”

Back in high school, her boyfriend gave up 2 kids for adoption but kept it a secret from her – Chip Chick