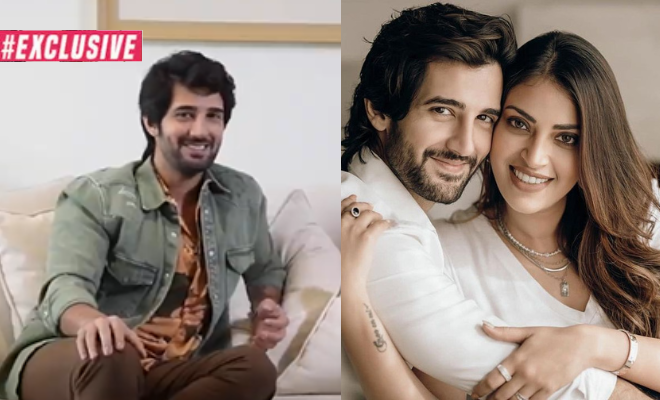 If you know anything about shaadi season in Bollywood then you must have heard of Anushka Ranjan and Aditya Seal’s dream wedding. The lovebirds tied the knot last year in the presence of family and close friends. And in the latest episode of Hauterrfly’s Yeh Ladki Pagal Hai, actor Aditya Seal talked about starting a family with Anushka. Aditya revealed that he and Anushka Ranjan want to adopt a girl and the reason will surely win your heart!

In a fun and crazy chat with Pavni Mehrotra aka the confused Kudi of Yeh Ladki Pagal Hai, actor Aditya Seal said that he and his wife, actress Anushka Ranjan are considering adopting girls. He mentioned that he realized that girls are much better than boys. He said, “I realized that ladkiyaan bahot is better hai ladkon se.” The Student of year 2 The actor added that the way his older sister Konica Seal Shrivastav takes care of their mother or takes care of their father is amazing and he can never do that.

Aditya Seal added that he was in love with his older sister’s two daughters.

We believe adoption is very important because it has the power to change people’s lives and there are literally millions of children who need a safe and loving home. So, we think Aditya Seal and Anushka Ranjan’s decision is quite amazing. All and all, we stan this couple!

Take a look at the full interview here:

Kriti Sanon looks like a Param Sundari in sarees Parineeti Chopra kills a tight dress like a real boss

Teens take on the dangers of distracted driving – The Virginian-Pilot