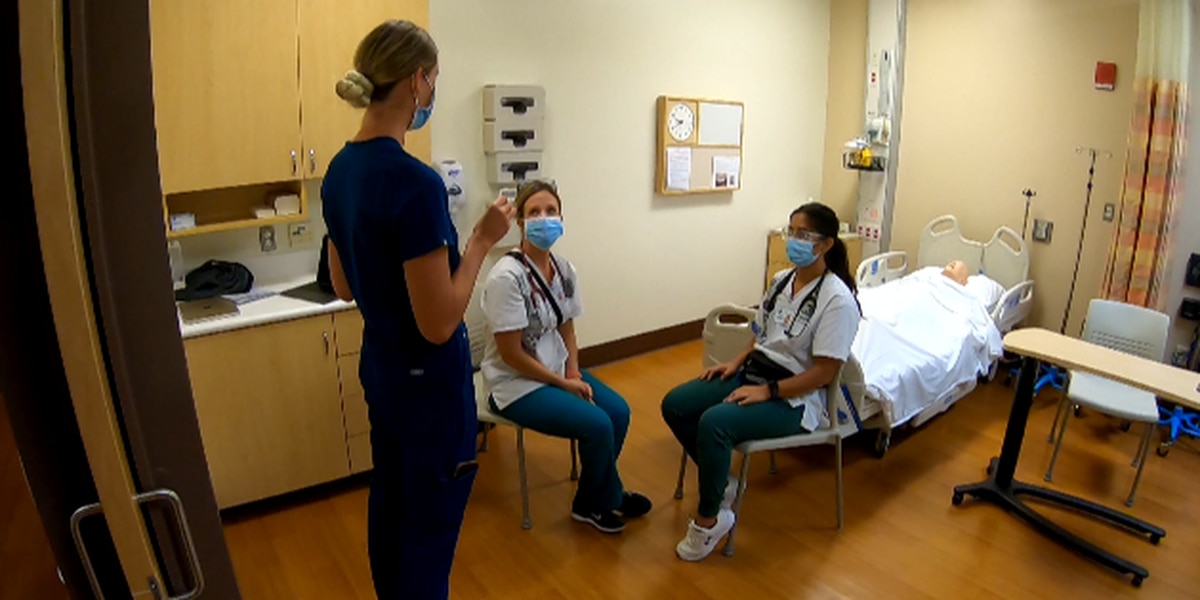 HONOLULU (HawaiiNewsNow) — As Hawaii’s hospitals grapple with a severe nursing shortage, nursing schools across the state are rejecting hundreds of qualified applicants.

The reason: There are not enough instructors to teach them.

Officials say the number of vacant instructor positions has doubled since 2016.

Of the 131 full-time teaching positions in Hawaii’s nursing schools, 24 need to be filled.

At the University of Hawaii at Manoa School of Nursing, freshmen were at the school’s simulation center on Tuesday, to get a taste of what it’s like to be a frontline caregiver.

But more than 800 of those prospective students — more than half — never made it to class.

“We can’t admit students because we don’t have the experts who can be professors and instructors in a nursing school,” said Laura Reichhardt, director of the State Center for Nursing.

She said Hawaii’s teacher shortage was one of the worst in the country.

But the starting salary for an instructor is around $80,000. That’s about $25,000 less than what a registered nurse can earn starting work on a hospital floor.

“I think in Hawaii today the challenge may be that our cost of living is so high,” Reichhardt said.

“The economy of maintaining your household is something that makes the stay in the clinic more favorable. Especially on neighboring islands.

In addition to shortages of on-campus instructors, there is also a lack of clinical training sites.

“That includes the students in the unit, because it just adds to the number of things they have to pay attention to,” said Clementina Ceria-Ulep, acting dean of the Nancy Atmospera-Walch School of Nursing at the NIHA. UH-Manoa.

Natalie Welch is expected to graduate from the UH program in May.

Amid the severe shortage of nurses, she says she wants to start her career serving the community she grew up in.

“My goal is to work in a Level 1 Trauma Center, Intensive Care Unit at Queen’s Medical Center,” she said. “I worked there as a nursing assistant and I really like the establishment and all the people.”

In an attempt to cultivate more instructors, UH-Manoa now has a nursing education and leadership program for registered nurses who want to pass on their knowledge and wisdom to the next generation.