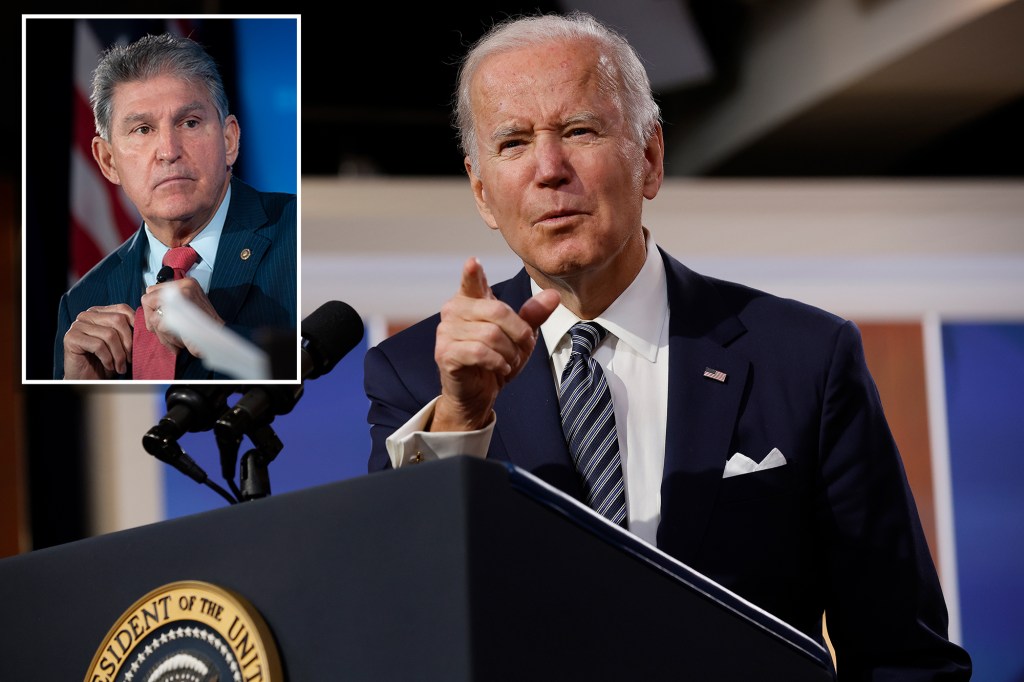 President Biden conceded on Friday that centrist Sen. Joe Manchin (D-WV) could torpedo his massive social spending plans after a report detailed the highest inflation in 39 years and the Congressional Budget Office released higher deficit projections for the package.

Biden blamed the spike in inflation on the COVID-19 pandemic and supply chain bottlenecks in a written statement and did so again when speaking to reporters. However, he admitted that there could be an effect on his plans to increase government spending.

â€œI don’t know the answer to that,â€ Biden said when asked if he thought he would get Manchin’s vote. â€œI’ll talk to him at the start of the week.

Manchin has repeatedly expressed concern over rising inflation and his vote alone could derail Biden’s ambitious agenda in the equally divided Senate. Manchin has also expressed concern about what he calls “budget gimmicks” that underestimate the real cost of the spending plan.

The Congressional Budget Office predicted on Friday that Biden’s sweeping Build Back Better Act would cost around $ 4.5 trillion and add a $ 3 trillion deficit if every program in the current version of the measure was extended for 10 years, or over the same period of time used to calculate new revenue from tax changes.

Democrats shortened the length of some programs in the House version of the bill to lower the cost. As passed by the House, the bill would cost $ 2.2 trillion, although Democrats hope to put in place permanent programs like subsidized child care and an improved child tax credit.

Manchin said on Tuesday that the need to fight inflation is more urgent than the need for new social programs.

â€œThe unknown we face today is far greater than the need people believe in this ambitious bill that we are considering, and we need to make sure we get it right. We just can’t keep flooding the market like we have, â€he said.

Speaking ahead of the CBO’s new report, Manchin also criticized Democratic leaders for shortening the length of programs in order to make them appear lower in cost.

â€œOne goes for three years, the other for a year, and maybe another could go for the full 10 years,â€ he said. â€œDon’t they intend these programs to last the full 10 years? Well, if you intend to make that happen, what is the real cost? “