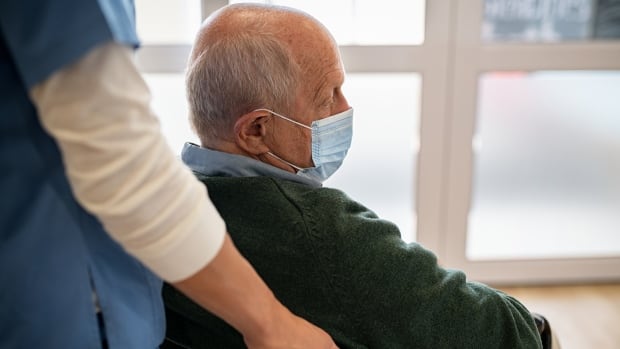 Can Ontario force hospital patients into long-term care homes? It is complicated

Advocates brace for legal battles over Ontario’s plan to move elderly and chronically ill patients out of hospitals into long-term care homes, with lawyers warning the proposed change is a violation of rights human patients.

Below legislation unveiled last weekhospitalized patients who are deemed no longer to require acute care, but who still require an “alternate level of care”, could be admitted to a chosen LTC home without their input—potentially away from family members and loved ones who play an essential role in their daily care.

Long-Term Care Minister Paul Calandra initially said no patient would be forced to move into a home they did not want to live in, but has since said that those who refuse a placement should pay hospital costs for their current stay.

Doctors, lawyers and advocates say the government’s plan would force patients to make an impossible choice: live somewhere they don’t want or suffer the consequences.

Here’s a closer look at what can – and can’t – happen under the Ontario government’s Bill 7, the More Beds, Better Care Act.

What would the bill, if passed, actually do?

When a treating clinician feels that a patient no longer requires hospital care and could benefit from an “alternate level of care”, they could ask a long-term care placement coordinator to start the admission process to an LTC home.

The placement coordinator must make “reasonable efforts” to obtain the consent of a patient or their substitute decision maker — who may be a spouse, child or other caregiver — before:

The legislation does not specify what these “reasonable efforts” should entail and specifies that these measures can be taken without consent.

However, consent is required to physically transfer the patient to a long-term care home.

What happens if someone refuses to give consent?

Although the law says a patient cannot be physically transferred without their consent, they may feel they have little choice given the potential consequences of refusing.

Advocates and doctors say some hospitals already have policies that patients who refuse to go to a long-term care home are instead sent to a shelter or to a family member, who may have little capacity. to take care of them.

Jane Meadus, a lawyer and advocate for the Advocacy Center for the Elderly, has seen clients threatened with hospital bills of up to $1,800 a day for ongoing care.

Meadus says she believes the government’s plan will compel older people and other vulnerable people to give consent. “If people come in and threaten you with things, people get scared and they’ll move.”

Trudo Lemmens, a professor of health law and policy at the University of Toronto, says the legislation appears to violate patients’ human rights, as well as informed consent requirements, under which consent must be voluntary.

“While the government may claim that this gives people a choice, it is clear that this is structural coercion,” he said.

How does the LTC process normally work?

Normally, when a patient or their carer is considering apply for an SLDthey can choose up to five houses on the waiting list.

Key factors in this decision-making may include closeness to family, as well as cultural or community ties.

“I often deal with racialized people, people who may not speak English as their first language,” said Dr. Amit Arya, palliative care physician and assistant clinical professor at McMaster University in Hamilton. .

“If you walk into an establishment where people serve the food that is relevant to you, the staff speak the language you understand, they celebrate religious and cultural holidays that are important to you, of course you will do much better in this long- long-term care home, and I’m sure it’s worth the wait.

Others will look at who owns an LTC home, including whether it’s public, not-for-profit, or private, the level of care it offers, and other amenities offered.

Palliative care physician Dr Amit Arya says patients’ health will suffer more if they are transferred from a hospital to a long-term care facility where they do not receive the right quality of care.

Which homes will patients be sent to?

The government says it will create ‘mandatory guidelines… to ensure patients continue to remain close to a partner, spouse, relatives or friends’. But he has yet to release details.

Arya reiterated that it is important for patients to stay close to family members, who often perform daily tasks in LTC, such as feeding, bathing and administering medication.

“Not having your support network nearby can make your health issues worse and even lead to premature death in itself,” he said.

Given the long wait times for many LTCs, advocates worry that patients will end up being sent back to homes that only have beds available because their living conditions are less than desirable.

“What people aren’t clamoring to get in are mostly older, for-profit homes; many that had one of the worst reputations during our pandemic.… How do you force someone into that bed they’re in don’t want to go? You create a law like this,” said Dr. Samir Sinha, director of geriatrics at Sinai Health System in Toronto.

Calandra said patients would be transferred temporarily, “until a bed becomes available in their preferred home”, although there is no guarantee of this in the legislation. And experts say it carries additional dangers.

“The temporary, at this stage of life, actually becomes dangerous. Because what happens, especially with cognitive decline, is that any move comes with an increased risk of death,” said Tamara Daly, director of York University’s Center for Research and Education in Aging.

Will this make the long-term care crisis worse?

The government did not respond to questions about additional funding or other resources that would accompany its plan.

WATCH | Seniors are not the right patients to help solve Ontario’s hospital problems, a lawyer says:

Ontario’s plan to help solve its hospital bed crisis by moving some elderly patients out of hospitals and into long-term care homes focuses on ‘the wrong pocket of patients,’ says Jana Ray of the seniors advocacy organization CanAge.

Advocates want to see the government expand access and resources for home care and community services, which would allow more patients to stay at home or with loved ones, while easing pressure on the sector.

When will it come into force?

The exact date is unclear, but the government — which has a majority — is currently rushing the bill through the Ontario legislature.

The Ministry of Health and Long-Term Care has confirmed to CBC Toronto that 200 people who have been hospitalized for six months, waiting for LTC beds, will be moved over the next three months, with a total of 1,300 moved from here. March 2023.