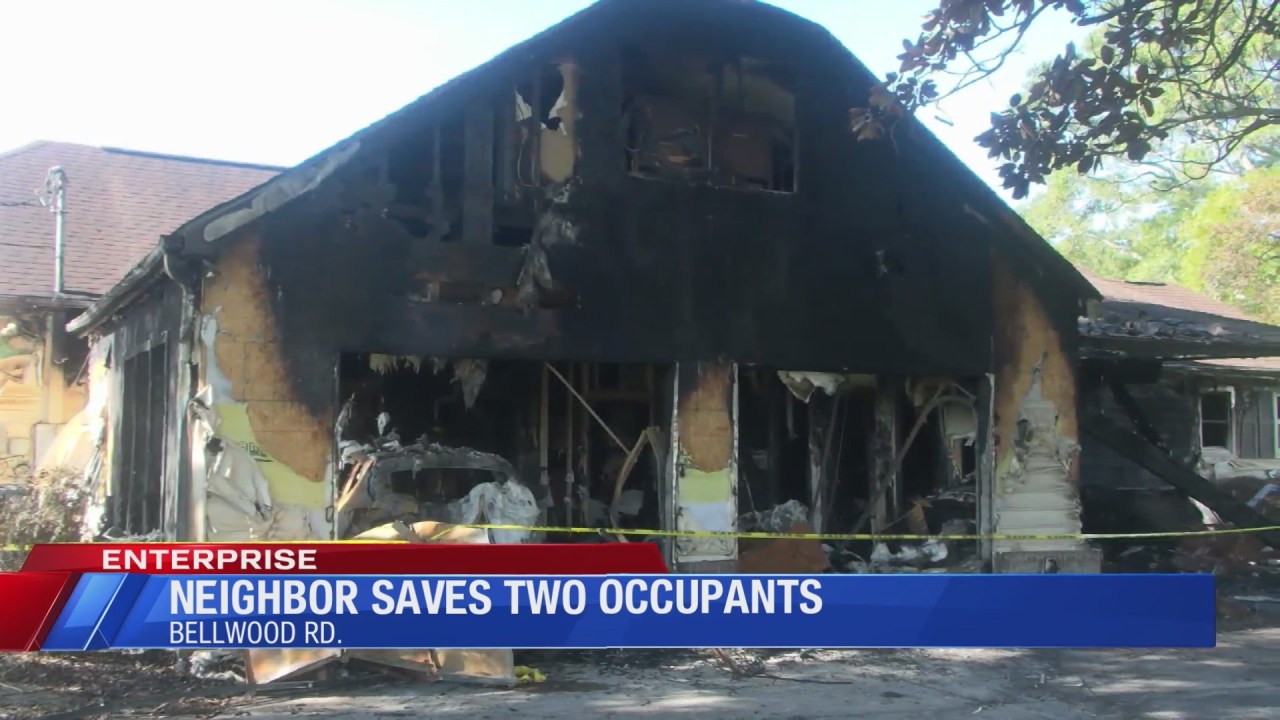 ENTERPRISE, Ala (WDHN) — Earlier this week, we told you about a neighbor who saved the lives of two occupants in an Enterprise home fire. WDHN followed one of these occupants as she returned for the first time since the fire.

Last Sunday afternoon, Mary Griffin and her babysitter, Angie Byrd, were at their Bellwood Road home when their neighbor. Marvin Pickiney shouted to get them out of the house. The garage and the back of the structure were on fire.

With Griffin in a seat helping him maneuver, smoke and flames filled the residence. Pickney ran inside and passed the griffin through a window to neighbors waiting outside. He then helped Byrd out of the house.

“There was a table in the way, I remember they threw it out of the way and lifted it up and put it out the window. It was miraculous if we had stayed longer we would not have made it.” said Byrd “It was divine appointments, it’s just amazing that he was coming home at that time and saw the fire that we wouldn’t have walked through if not for that man, c is a true hero.”

As Byrd returns home several days after the fire, she realizes how lucky she and Miss Mary are.

On Friday, Mary joined her husband, Chick Griffin, at an Enterprise assisted living facility. Byrd says she currently lives with her mother after losing her home to last weekend’s fire.

Minnesota Department of Education Targeted One Nonprofit to Help Another