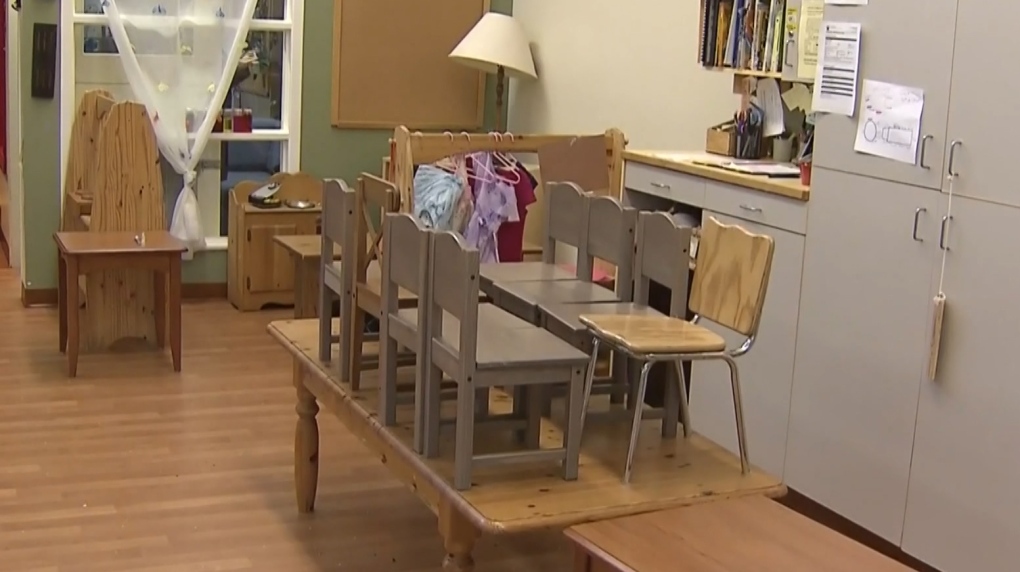 Childcare costs in British Columbia rise for some

Kelowna daycare manager Amanda Worms says she’s been calling parents at her daycares all week, telling them they’ll have to pay an extra $350 in monthly fees starting April 1.

Worms says the increase is occurring because the Department of Child and Family Development is unable to meet the April 1 deadline to approve the funding she has received so far.

“It’s really awful. You never want to be the person who does this. It’s an unfair position to put. These families have been struggling for two years trying to get through the pandemic and so have we. It’s the government’s responsibility to step up and do their job,” Worms added.

Worms says it requested a 3.7% fee increase on Jan. 31, to help pay for pay increases for its staff and to help make up for the shortfall from the five extra sick days that each worker in the British Columbia received this year, which affects it to the tune of $65,000. She tells CTV News that she was told less than a week ago that she would not be approved for funding until April 1.

“Our core funding will be available to us over the next week, but the Child Care Fee Reduction Initiative (CCFRI) and wage enhancement are nowhere to be found,” Worms said.

“I was on the phone with the ministry for over six hours last week trying to figure out what happened. It looks like there has been a technical problem. Now I have to tell the parents that they have to pay the full fee on April 1 because we can’t survive without this funding,” Worms said.

Worms said the province asked her to delay any fee increases she requested.

Worms is not the only child care operator experiencing delays in receiving funding for fee increases.

“We received an email yesterday saying they were still processing applications and because we have requested an increased fee for parents in some programs, there will be a delay in that approval process,” Allison said. Merton, director of the early years program at Collingwood Neighborhood. House in Vancouver.

“They don’t say why there’s a delay, which is a little frustrating. Sometimes when governments overcommit to deadlines, they’re not prepared for the influx of requests they may receive,” Merton added.

Merton told CTV News that Collingwood Neighborhood House has reserves to defer such spending, but understands that many operators are not in that position.

“It affects everyone differently. Everyone is trying to recover from COVID due to cleaning and staffing issues,” Merton said.

BC Liberal child care critic Karin Kirkpatrick said it was an annual renewal process, so it shouldn’t have come as a surprise to the government. to receive so many requests.

“If affordable child care is at the center of NDP promises, that’s not the way to encourage child care providers to operate,” Kirkpatrick said.

“Parents will now have to pay more for childcare from April 1 and there will be no funds for early childhood educator salary top-ups.”

“It was supposed to happen in 2023, but with the latest budget announcement it is now happening on April 1 of this year. I guess there is chaos and confusion with such a rapid shift to education,” said Kirkpatrick.

In a written statement, the ministry said more than 80% of operators who applied for their funding renewals received approvals or temporary approvals. The exception is for operators who have requested a fee increase.

“Providers who applied for a fee increase from April have been advised that they cannot be offered temporary approval as the department needs appropriate time to assess the reasons for the parent fee increase. This has been the case for all previous years of the program and is not a change for providers,” the statement read.

Sharon Gregson, provincial spokesperson for childcare advocacy organization $10aDay, says it’s the government’s job to make sure fee increases keep up with the cost of living and s ensure that fees are not increased to create more profit for children. care operators.

“The government is taking longer than anyone would want to look at why people have fee increases,” Gregson said. “There is a lot of public money at stake. In the new fiscal year, it will be 1.2 billion federal dollars. The government must ensure that taxpayers’ money, in the form of fee reductions for parents, actually reaches parents.

“That doesn’t mean they shouldn’t take that long. They should have enough staff to do these reviews in a timely manner,” Gregson added.

Gregson told CTV News that the current system clearly isn’t working. She said there are several sources of funding that operators rely on and all of which are intertwined.

“It’s much better for child care providers to have one funding stream and scale their programs to $10 a day. Under this system, operators receive a funding check each month. From there, they can reduce parent fees, increase ECE salaries, and manage their programs. It’s a much smoother flow of funding. The sooner we can get all operators to $10 a day, the better,” Gregson said.

Other programs in British Columbia are expected to transition to $10-a-day child care in the coming months.

For now, some carriers have to make tough decisions and make phone calls to keep their business running smoothly.