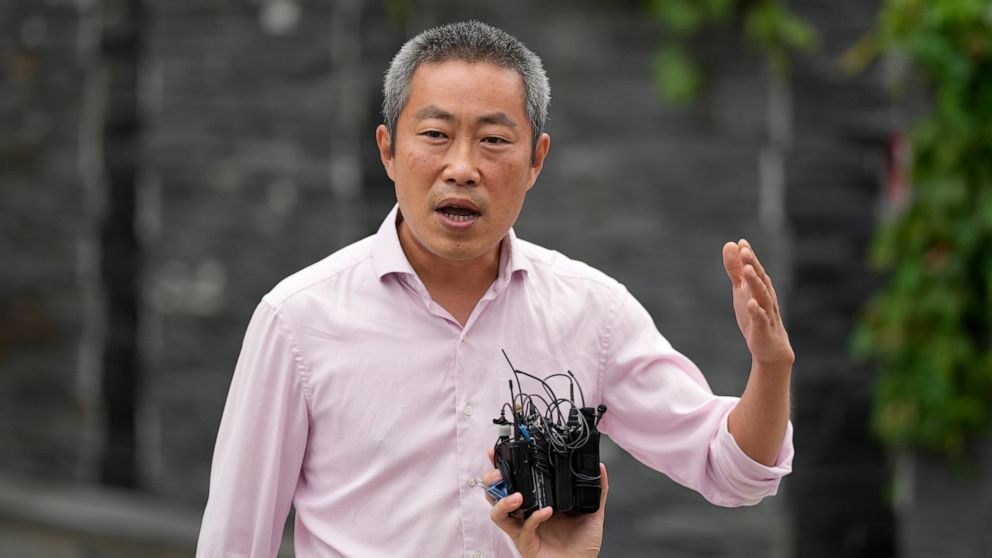 Seoul, South Korea — Dozens of South Koreans adopted by Danish parents decades ago have officially asked the South Korean government to investigate their adoptions, which they say were tainted with widespread practices that falsified or obscured children’s origins.

Seoul’s Truth and Reconciliation Commission has up to four months to decide whether to accept the petition filed collectively by the 53 adoptees on Tuesday. If so, it could spark the most thorough investigation into foreign adoptions in the country, which has never fully reconciled the child export spree engineered by former military governments that ruled for years. 1960s to 80s.

The application cites a wide range of grievances highlighting how dozens of children were negligently or unnecessarily removed from their families amid loose government oversight and a lack of due diligence.

Most South Korean adoptees sent overseas were registered by agencies as legal orphans found abandoned on the streets, although they often had parents who could be easily identified and traced. This made children more easily adoptable as agencies raced to send more children to the West at faster speeds.

“None of us are orphans,” said Peter Møller, a lawyer and co-director of the Danish Korean Rights Group, describing the members of the group who filed the claim.

“(In) many newspapers, the Korean state at the time stamped papers indicating that people were found on the street. If you do a little math, that would mean that from the 1970s and 1980s , Seoul would be flooded with baskets with children dragging the streets…. Basements will be filled with reports of children lost in police stations.

Møller, who was adopted from Denmark in 1974, said about 50 other group members are expected to join the bid and he plans to return to South Korea with their files in September.

Complaints from adoptees who filed the application include inaccurate or falsified information in adoption documents that misrepresents their biological origins, such as incorrect birth names, dates or locations, or details about birth parents.

Some of the adoptees say they discovered that the agencies had changed identities to replace other children who died or became too ill to travel to Danish parents, making it very difficult, if not impossible, to trace their roots.

Adoptees have asked the commission to broadly investigate alleged wrongdoing surrounding their adoptions, including how agencies potentially falsified records, manipulated children’s backgrounds and origins, and carried out adoptions without proper consent. biological parents. They want the commission to establish whether the government should be held accountable for failing to monitor the agencies and confirm whether the surge in adoptions has been fueled by ever-increasing payments and donations from adoptive parents, which apparently motivated agencies to create their own offer.

The adoptees also called on the commission to push Holt Children’s Services and the Korea Social Service – the two agencies that sent children to Denmark – to provide full access to all of their adoption documents and background information. They also say that all such records should be transferred to government authorities responsible for post-adoption services to prevent the information from being destroyed or manipulated.

For years, South Korean adoptees have criticized agencies for what they see as a lack of transparency and a reluctance to open cases. Møller said some adoptees in Denmark remained reluctant to join the application for fear that agencies would destroy their records.

Holt did not respond to repeated calls seeking comment. The KSS referred all questions to Holt, the larger agency.

Holt already has an ongoing legal battle with American adoptee Adam Crapser, who in 2019 filed a 200 million won ($150,000) damages lawsuit against the agency and the South Korean government for not followed through on his adoption and ensured that his American parents naturalized him. . After being abused and abandoned by two different sets of American parents, Crapser was deported in 2016 following run-ins with the law because none of his guardians filed citizenship papers for him.

The Danish adoptees first considered filing a lawsuit against South Korean agencies or government before abandoning the idea because South Korean law places the burden of proof entirely on plaintiffs in civil cases. If the truth commission decides to investigate the adoptions, its findings could then be used by adoptees in potential damages lawsuits against agencies or the government, said Philsik Shin, a Seoul-based scholar who has helped adoptees to prepare the application.

About 200,000 South Koreans have been adopted overseas over the past six decades, mostly by white parents in the United States and Europe. Denmark was one of the biggest destinations for South Korean children in Europe, receiving around 9,000 adoptees – most of them from the 1960s to the late 1980s, when South Korea was ruled by consecutive military governments.

During the height of adoptions in the late 1970s and mid-1980s, agencies aggressively solicited newborns or young children from hospitals and orphanages, often in exchange for payment, and operated maternity homes where mothers single people were forced to give up their babies. Adoption agents visited industrial areas and low-income neighborhoods looking for struggling families who could be persuaded to give up their children.

The agencies were run by board members close to military leaders, who viewed adoptions as a tool to reduce the number of mouths to feed and weed out social undesirables, including the children of single mothers. The adoptions also aimed to deepen ties with the democratic West amid fierce regime competition with rival North Korea, according to military government documents obtained by the AP.

It wasn’t until 2013 that the South Korean government required foreign adoptions to go through family courts, ending a decades-long policy of allowing private agencies to dictate child abandonment, transfer custody and emigration.