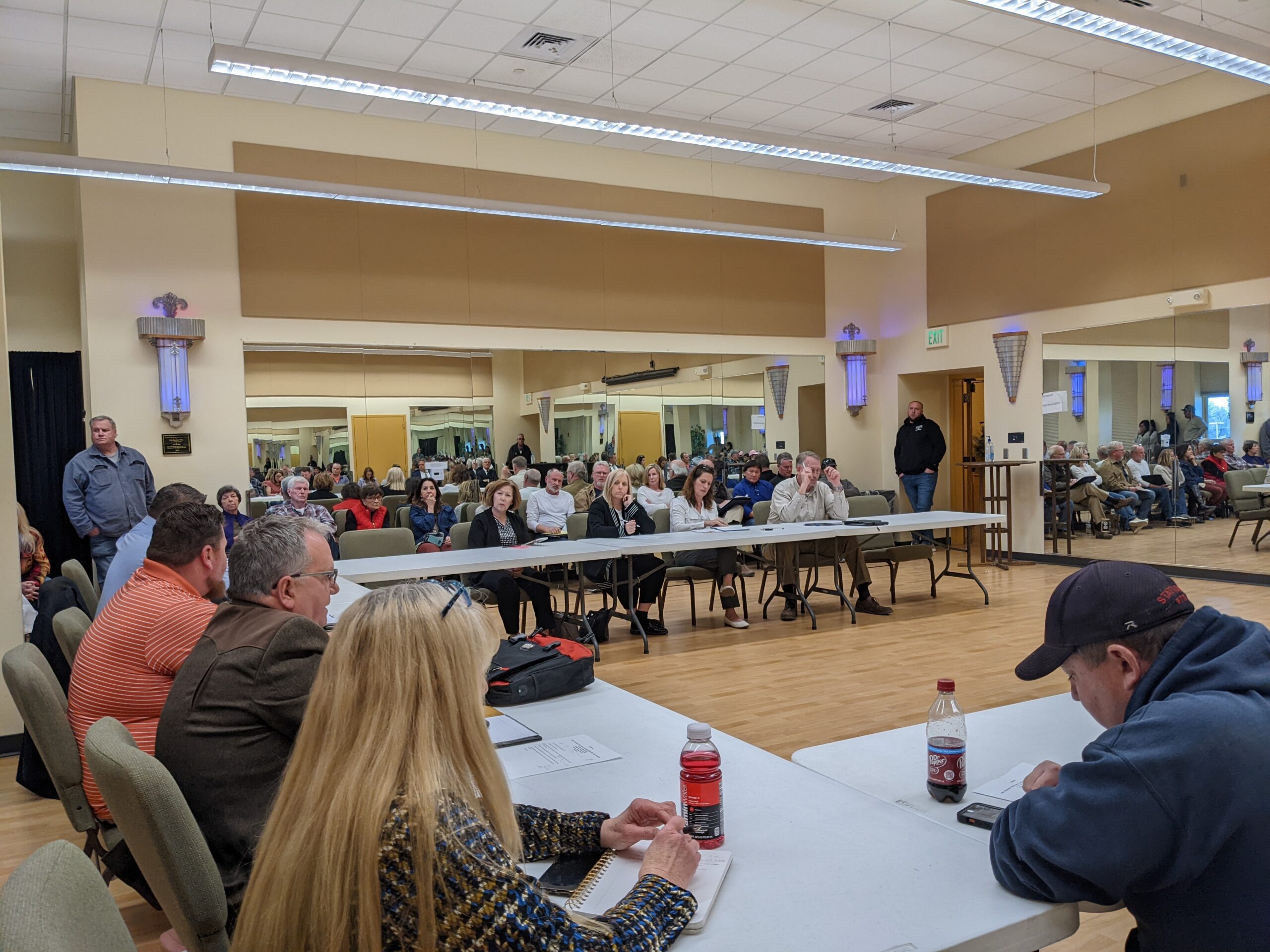 Infrastructure and facilities projects were largely the focus of a joint government meeting Monday in Junction City.

Representatives from Junction City, Geary County and 475 USD gathered as a collective at the CL Hoover Opera House for the joint session. Administrators, commissioners and school board members discussed projects ranging from new highway interchanges and roundabouts to plans for using the former site of the former Junction City High School.

Dinkel says the project will replace an existing bridge over the highway that is in poor condition.

“You can open Google Earth and see the rebars showing up.”

He says that documents exist in the city office for an interchange in this same area that was planned as early as the early 2000s, and that it is a necessary project for the future development of Junction City. and Geary County.

“We now have five interchanges, one more to the west would make a lot of sense,” Dinkel says. “And it’s the first time there’s been more developable land there than anywhere else – there’s no floodplain, there’s no hills, there’s no rock.”

He says the project could take three to seven years to really kick off, depending on the state’s schedule, and the city and county need to consider ways to make the area near the interchange attractive to developers.

Other project considerations included the extension of Strauss Blvd. in Taylor Rd., something Dinkel says has also been factored into existing plans at the city office.

“But I think we need to start discussing how we develop that area and the roads because having an interchange there to a gravel road doesn’t make a whole lot of sense.”

Dinkel says if the city doesn’t take advantage of the project, it could take decades to get back into the state queue. He further stated that the new interchange and road development in the area is necessary to support the westward growth the city envisions.

“That’s why we’re planting seeds with the county because it’s a county road there,” Junction City Mayor Jeff Underhill said. “Just start thinking about that and what it’s going to look like because we’re going to start our game with Strauss hopefully and get to Taylor. [and]it would be nice to have a partnership that helps move people.

Dinkel says there are also many grant opportunities available to help with the local part of the projects.

“Most of the north side has been done,” says Ibarra. “They have completed the portion of the roundabout and they have the exit lane that goes up to 18.”

Dinkel says Junction City secured a $2.1 million grant for the project in conjunction with $475 because the district was ineligible to apply for the funds.

“So basically everything is paid for with KDOT money,” Dinkel explains. “This included setting up what we now know as the Ray Way.

“We had to put a street behind these houses because KDOT removed these two freeway accesses.”

Ibarra says no plans have yet been made as to what will be located in the center of the roundabout when completed.

In other matters, Dinkel says his staff has begun studying possibilities for the location of the old high school if ownership is transferred to city ownership. 475 USD Members of the Board of Education voted to sell it to JC for one dollar after some structures were demolished.

“We would like the opportunity to have a discussion about some things that we could keep,” Dinkel says. “Probably […] the football field, the parking lots and there is a building at the back which could be used […] down the road.”

Some ideas have been floated for potential uses of the site, including a new library or a sports complex. If the purchase is finalized and a sports complex is chosen for the site, Dinkel said there needs to be a commitment to integrating it holistically into the city’s recreation system – something he says be a priority to be amplified for JC.

“We don’t want it to be the only park in town,” Dinkel says. “How does this relate to 5th Street Park and other facilities we have.”

Dinkel and members of USD 475 briefly discussed memorandums of understanding between the city and the school district. USD 475 Vice President Kristy Haden proposed that the three bodies review these agreements every four years as new members and representatives take office.

“Don’t set an expiration date, just be reviewed at least every four years.”

Dinkel says he’s not opposed to the idea, noting that the organizations have collaborated many times over the years.

Geary County Commissioner Alex Tyson also discussed ongoing efforts to secure funding for projects on Munson and Rucker Rds. After discovering that American Rescue Plan Act (ARPA) funds would not be available for the job, he says they began the process to apply for State SPARK funds.

“We are turning over every stone to help with the paving and construction of these roads.”

Other avenues they are considering include the Safe Streets and Roads for All program, which received $200 million a year under the federal Bipartisan Infrastructure Act (BIL) to reduce deaths and injuries on roads nationwide, as well as subsidies for surface transportation in rural areas.

The leaders were also tapped to attend a child care summit through the state’s ChildCare Aware agency. It is planned as an opportunity to collaborate and brainstorm at the grassroots level, and is scheduled for March 25th. Location to be determined.