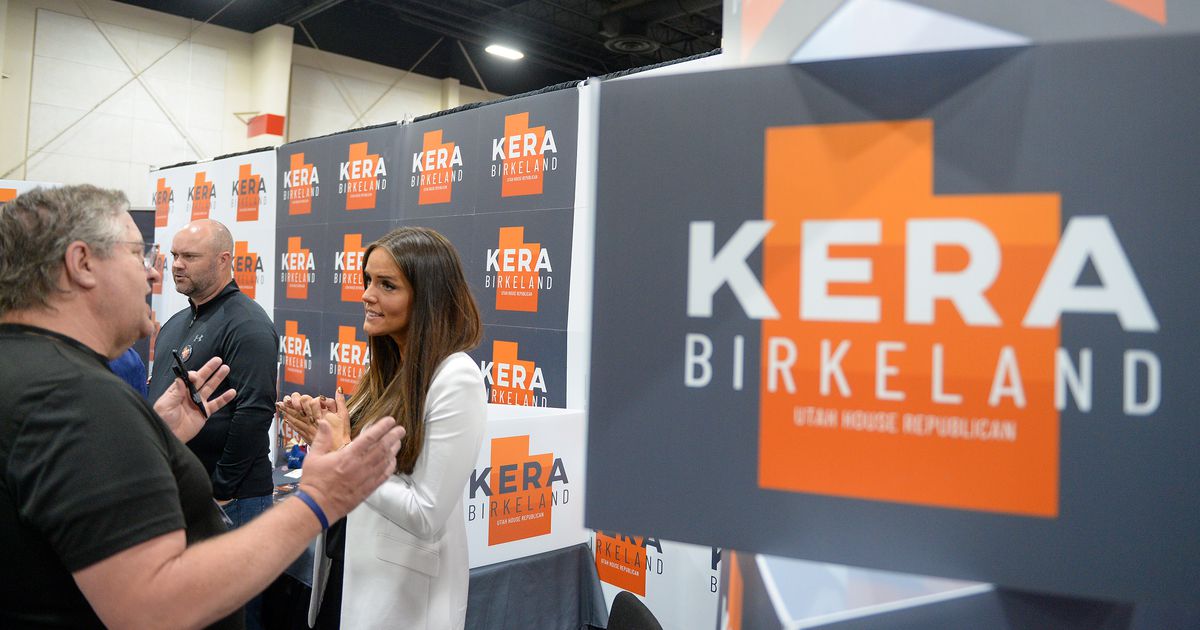 This week, Utah Rep. Kera Birkeland, R-Morgan, sent a letter on her official letterhead to Utah school principals offering resources to address transgender issues in the classroom. These resources come from a conservative out-of-state legal group that has a history of suing schools over transgender issues. One such lawsuit gave rise to Florida’s controversial “Don’t Say Gay” law.

A copy of the letter was posted on social media by Ashley Anderson, who is running for a spot on the Salt Lake City District School Board.

It’s not right that the directors of the SLCSD received this under the guise of being state counsel. This does not represent USBE, District Council or Civil Rights Act advice and disgraces the start of Pride Month for LGBTQ+ students, faculty and staff. #uted pic.twitter.com/bG1L42vMnG

“As you are no doubt aware, a recent phenomenon is emerging in our K-12 schools that requires more of your attention. This is the transgender phenomenon, where an increasing number of children are seeking to be identified as other thing than their biological sex,” reads the official-looking letter.

Birkeland’s letter includes what the lawmaker wrote as “an important resource” — a copy of “Navigating the Transgender Landscape School Resource Guide,” a publication by the Georgia-based company. Campaign on children’s and parents’ rights.

The organization’s website describes the group as a “nonprofit public interest law firm founded to defend the rights of parents to protect their children from the impacts of gender identity ideology.”

The Campaign for the Rights of Children and Parents was founded by Vernadette Broyles, a lawyer affiliated with the Alliance Defending Freedoma right-wing anti-LGBTQ organization The Southern Poverty Law Center called it a hate group. During a 2020 speechshe claimed that schools are “enlisting our children in a social experiment without our consent” and stoking fears that predatory adults are “stripping the protective layer from parents to children in order to gain access to the gold, which is the child.” .

Birkeland’s letter is also signed by Joel Thorton, CEO of the organization.

In March, campaign for the rights of children and parents sued school officials in Massachusetts on behalf of parents who claimed teachers encouraged their children to adopt new names and pronouns without parental consent, according to The Hill.

Utah does not have an official policy on how schools should address transgender issues. The Utah State Board of Education has abandoned the effort to adopt a statewide set of standards, leaving the matter to individual schools.

Birkeland’s letter includes a link to an Official Appearance Gender Guidance Policy that schools are encouraged to adopt. The document encourages schools to avoid procedures that are not clearly outlined in federal or state law. The proposal discourages the use of “flags, symbols and ‘inclusive practices’ that seek to politicize the classroom” and says schools should not “compromise the quality of their literature to satisfy certain activists within communities”.

Birkeland authored HB11, Utah’s ban on transgender athletes from participating in school sports that match their gender identity. The families of two transgender girls have filed a lawsuit challenging the law.

Troy Williams, CEO of Utah Equalityissued a statement condemning Birkeland’s letter and the information it promoted.

Neither the Child and Parental Rights Campaign nor Birkeland responded to requests for comment.

The office of Utah House Speaker Brad Wilson declined to comment on Birkeland’s letter. The Utah House of Representatives does not have guidelines governing the use of official letterhead by legislators.