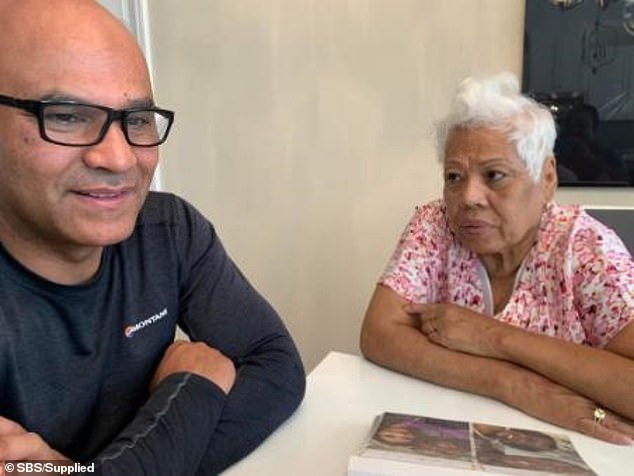 A Vietnamese mother has been reunited in a heartbreaking scene with the Australian son she left in an orphanage aged four in 1975.

Jamie Fry, who grew up in Adelaide after being adopted by an Australian family, was finally able to embrace his birth mother 47 years later at her home in Georgia, USA.

The tender mother-son moment showed her bursting into tears as she hugged Mr Fry, who was told she was dead when he started looking for her in her early twenties.

The remarkable emotionally charged scene was ‘closure’ for Mr Fry, now 51, who spent 30 years looking for it.

In the chaotic final weeks of the Vietnam War, more than 3,000 children were airlifted out of the country and “into the arms of waiting couples in the United States, Canada, Britain, Europe and in Australia”.

The removal of Vietnamese children was later dubbed “Operation Babylift”.

Jamie Fry, who grew up in Adelaide after being adopted by an Australian family, was finally able to embrace his Vietnamese birth mother 47 years later at her home in Georgia, US. 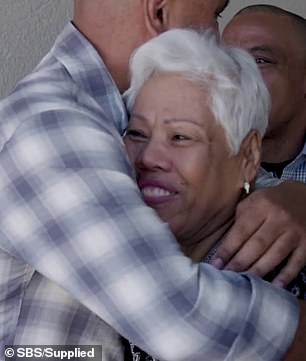 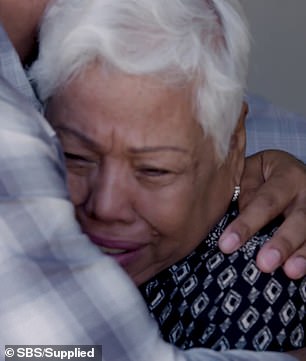 After 47 years of separation, Mr. Fry can embrace his biological mother, who is delighted. Her happiness quickly turns to grief and overwhelm as the moment sinks.

Mr Fry eventually tracked down his mother through DNA testing of other adopted children who were in the same Vietnamese orphanage as him. 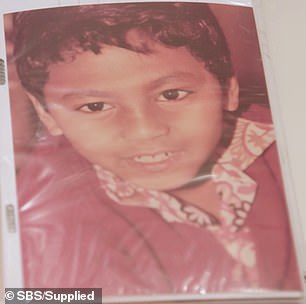 Do you remember this face? he asked his biological mother when he showed his childhood photos

He comforted his long-lost emotional mother in the most Aussie way imaginable in the segment, which was part of a powerful SBS Special on adopted children reuniting with their biological families.

Then visibly overwhelmed, she broke down.

When they entered his house for a drink and a meal, he asked his still dazed mother, “How are you feeling?”

“We are here now,” he told his emotional mother. 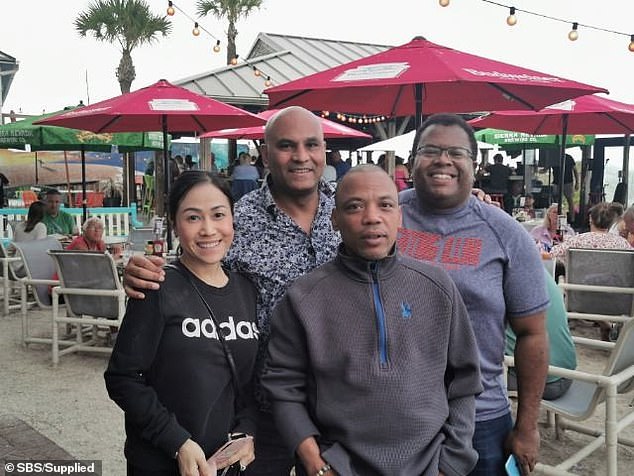 Jamie Fry (rear left) with his American siblings. They met recently in Georgia

Mr Fry was also able to meet his brother and sister for the first time and shared a meal and drinks with them.

He took memorabilia from the Carlton football club as gifts for his family.

International adoption has declined in popularity since the 1970s as concerns have arisen over the corruption and ethics of adoption processes in some cases.

Only 37 children were adopted in this way by Australian parents in 2020.

There are currently no agreements in place with the nations Australians have adopted, including Vietnam and the Philippines.

He then sat down with his mother showing her pictures of his upbringing in faraway Australia.

“Do you remember that face? he asked, pointing to his first picture.

Mr. Fry was the son of an African-American soldier who served in Vietnam.

When the US military left Vietnam, Mr. Fry’s mother found herself unemployed with three children to raise. She made the heartbreaking decision to leave him in an orphanage.

He grew up in a middle-class family and went to private school in Adelaide.

Growing up, he had identity issues and struggled to fit into her life.

“I’m glad he got married. He has a family and a job in Australia,” his mother said.

“It’s better than if he stayed in Vietnam, he would have suffered.”

Mr Fry admitted he felt a lot of guilt about his mother.

“The first time I kissed mom, I felt a lot of mixed emotions inside her,” he said.

“I think there’s always a sense of guilt in mum, she hopes I don’t blame her, which of course I don’t.”

“Being a single woman with a mixed-race child during the war, things would have been difficult.”

Her mom explained. “It was hard, I was working for the Americans, but now that they were leaving, I had two dependent children and no job.”

Mr. Fry was told of his roots in his early twenties and received adoption papers which took him back to the orphanage.

He traveled there in search of answers soon after, but admitted he felt he was not accepted as part-Vietnamese.

He was also told that his mother had died, but he didn’t believe it. 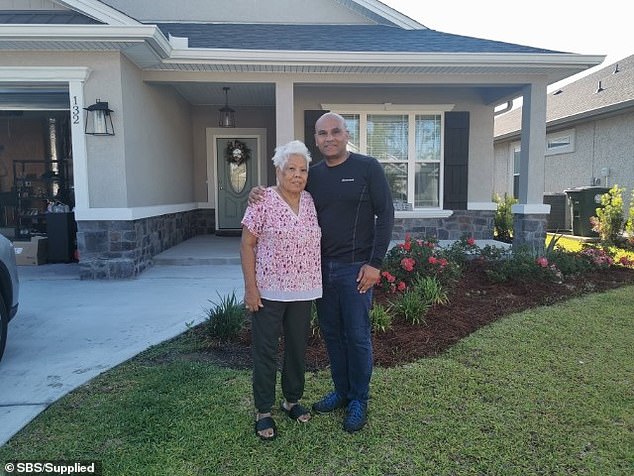 Mr Fry eventually tracked down his mother through DNA testing of other adopted children who were in the same Vietnamese orphanage as he was. 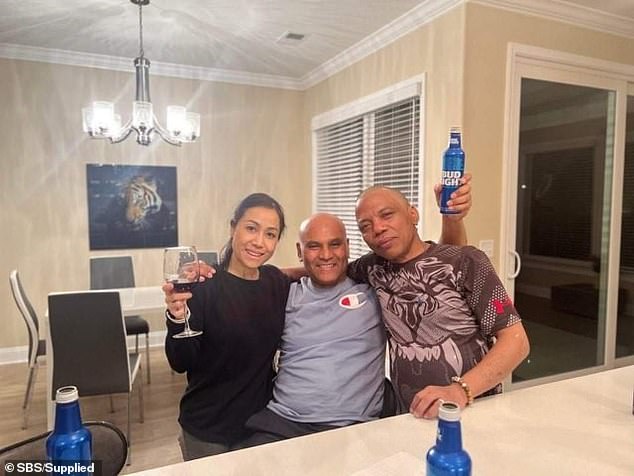 Mr. Fry (center) having a drink in the United States with his two American siblings

“They had told me that my biological mother had died, which did not seem entirely normal to me.

The breakthrough came when he obtained a DNA match with a half-brother in the US just before Covid locked down the border.

Finally, meeting his siblings has been “awesome,” he said.

‘[It was] something I’ve dreamed of all my life. I got to know them over the years, but the real face-to-face and being able to hug them and all of those things was absolutely awesome.

Adoption expert Jane Adams of the Benevolent Society said the reality of adoption could become a problem for that person at any point in their life.

“A lot of times in these big moments of identity, so first in adolescence, meeting their life partner, when their parent dies – so when big things happen, it comes back to them,” he said. she stated.

“It’s never really life threatening, but it’s always there – it’s with them at every event, it’s part of who they are.”

Joe Manchin was right and Democrats should admit it