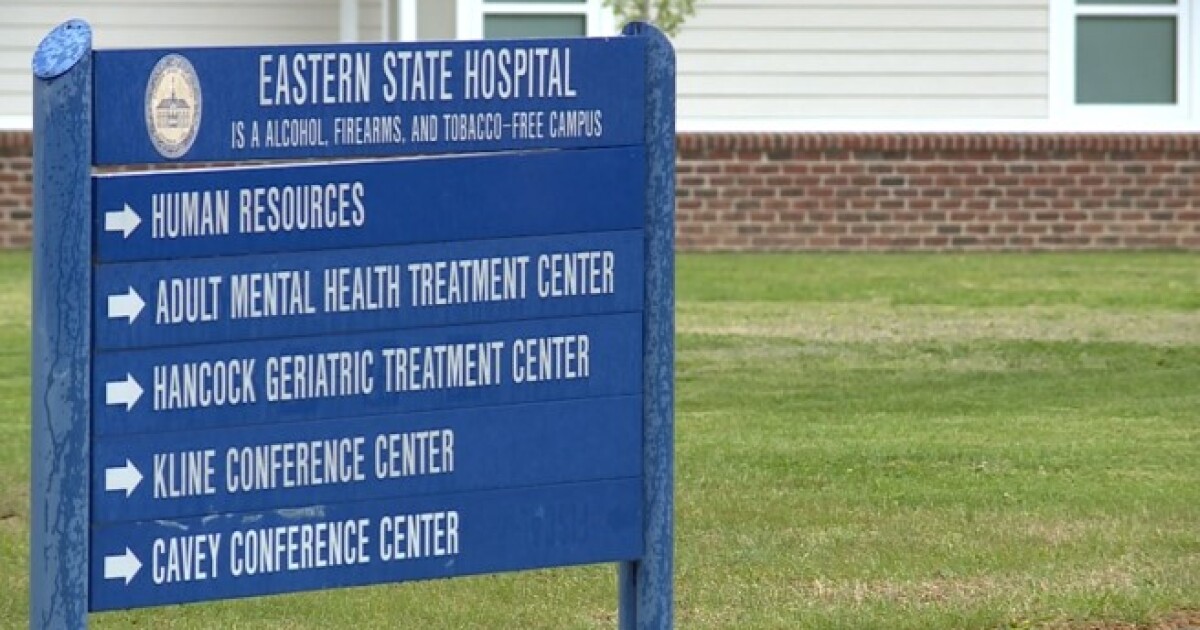 By KATIE KING The Virginia Pilot

NORFOLK, Va. — May Wells’ heart sank as she watched her husband leave their Williamsburg home in the back of a police cruiser. Her husband, Ray, suffered from early Alzheimer’s disease and his condition had deteriorated to the point that Wells called for help.

“He had these illusions that there were people in the house who were going to kill us,” she said.

Police took Ray to the ER, who offered to refer him to a public psychiatric hospital in West Virginia. Wells said she had the resources to send Ray to a private memory care home – otherwise he likely would have ended up in state custody.

“I don’t know what (else) people do who can’t afford to pay,” she said.

The answer: Hundreds of people with Alzheimer’s disease or other forms of dementia end up in public psychiatric hospitals every year that are not equipped to treat them. Being there can not only worsen their conditions, leading to long stays, but also leave the mentally ill languishing on waiting lists – and taking up space in city jails. However, the families of these dementia patients often have nowhere to turn, as professional memory care at home or in a facility is expensive and in short supply.

“Public psychiatric hospitals are restorative in nature; they’re trying to get people back to a positive state of mental health,” said Sen. Monty Mason, D-Williamsburg. “Sending someone to a restorative environment, when they have a dementia diagnosis and they can’t be recovered, it just doesn’t make sense.”

And it’s getting worse and worse. State psychiatric hospitals treated 505 and 493 dementia patients in fiscal 2019 and 2020, respectively, according to a recent report by a state dementia services task force. These figures for 2017 and 2018 were 377 and 439 respectively.

Suzanne Mayo is the director of community living for the Virginia Department of Behavioral Health and Developmental Services, which oversees the state’s eight psychiatric hospitals. She said hospitals are better equipped to treat mental illnesses, such as depression or bipolar disorder, not people with dementia.

“Our hospitals are really specialized in drug treatments,” she said, adding that non-pharmaceutical care, such as music or sensory therapy, is usually more effective in treating a behavioral health crisis related to dementia. .

Emma Lowry, clinical psychologist and director of Piedmont Geriatric Hospital, a public psychiatric facility in Burkeville, said chaotic hospital environments can increase stress or depression in dementia patients and lead to a further decline in their ailments. cognitive.

“This can lead to longer stays in our environments because when they experience increased agitation, confusion, or behavioral issues, exiting can become more difficult,” she said. “It becomes a vicious cycle where people can kind of get stuck in the system, which they never should have been in in the first place.”

Patients with dementia stay an average of about 229 days. That’s about 3.5 times longer than a person with mental illness, according to the task force, which met last year to examine dementia-related hospitalizations in public facilities.

“Any time we have a patient taking a bed that could be better served elsewhere, that’s a bed for someone else who may be waiting to come in,” she said.

While sending someone with dementia to a psychiatric hospital is problematic, the two preferred alternatives — keeping them at home or transferring them to a residential memory care facility — both present their own challenges.

Katie McDonough, program director for the local chapter of the Alzheimer’s Association, said many families initially thought a memory care home might be a good solution. Then they see the exorbitant costs and learn that they will have to pay out of pocket.

“The majority of Americans live their lives believing that there will be a government program that will provide for their loved one when they are older,” she said. “Then they realize that health care and long-term memory care are two different things.”

But McDonough said caring for someone with dementia at home can be isolating and overwhelming.

“It is not uncommon to see a caregiver die before their loved one living with Alzheimer’s disease due to lack of capacity and time to pay attention to their own needs,” she said.

There are “huge shortages” of health care workers, for example, who provide home-based services, said George Worthington, dementia services coordinator for the Virginia Department of Aging and Rehabilitative Services.

The task force report offered a series of suggestions to help families provide care at home.

He advised the state to provide funding to expand education and training programs for caregivers and others on how to prevent or defuse a dementia-related crisis.

“Being a caregiver is hard work; it’s definitely one of the toughest jobs out there,” said State Sen. Jen Kiggans, R-Virginia Beach, a geriatric nurse practitioner. “I would like to see us put policies in place so that we can be more supportive.”

Mason, who represents a district with a large population of seniors, said he is pushing to create a high-level position in the state that focuses solely on tackling rising rates of seniors, which leads to more cases of dementia.

“By 2035, there will be more people over 65 than children under 18,” Mason said. “So in terms of state government, in terms of policy, in terms of programs, right now we have to work to respond to what will be an extraordinarily large segment of our population.”

Wells, whose husband died of Alzheimer’s disease last year, said she now advocates for other families struggling with dementia.

She shared her story with lawmakers — including Mason — to raise awareness about the disease. And she hopes lawmakers will work in the years to come to support caregivers, especially those from low-income households.

“More than a name on a wall”