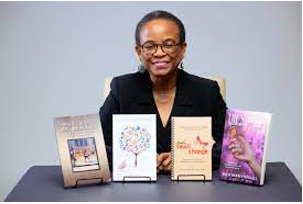 Medicaid expansion in Tennessee could lead to a healthier Tennessee

In 2015, Gov. Bill Haslam presented his “Insure Tennessee,” the extension of Medicaid to lawmakers, a plan that reportedly brought in billions of dollars to the state and meant insurance coverage for up to 280,000 Tennessees. . Lawmakers rejected it.

Here we are six years later with the country still reeling from the massive impact of the Covid-19 pandemic, and lawmakers have once again refused to expand a program that would bring much needed dollars to a state that among the bottom ten states for maternal and child health, and the pre-pandemic period, recorded some of the highest increases in uninsured residents.

In rural areas of the state in 2019, 16.4% of the population aged 18 to 64 were uninsured and 5.1% of children under 18 were uninsured. By 2021, all of the state’s rural counties were in areas of a shortage of mental health professionals. There are only four primary care physicians (PCP) per 100,000 population, with some rural counties sharing only one PCP. With such dismal statistics leading to poor health outcomes, now would be an ideal time to scale up Medicaid, as it is predicted that 300,000 uninsured Tennessees and an estimated 86,000 additional Tennessees will be in the coverage gap over the years. Next 6 months. People in the gap are not eligible for Medicaid under state rules, and their incomes are too low to qualify for subsidized health insurance under the Affordable Care Act Market.

You don’t have to be a sage or look in a crystal ball to see that things are likely to get worse before they get better, and the expansion of Medicaid could help turn the tide by increasing the gains of. health care coverage and improving long-term health outcomes. It could mean the difference between life and death for people with life-threatening illnesses and no coverage for treatments and drugs that control chronic illnesses such as heart disease and diabetes. Research has shown that in states that have accepted the expansion of Medicaid, it saved the lives of approximately 19,000 adults aged 55 to 64 over a four-year period, from 2014 to 2017. Conversely, 15,600 older people have died prematurely due to state decisions not to expand.

I recently spoke to a 60 year old who has an autoimmune disease that literally eats away at their hands and feet. The patient requires hydrobaric oxygen therapy, a proven and effective form of treatment which unfortunately is not covered by Medicaid. The expansion could mean the difference between that patient losing their hands and feet, then landing them in a long-term care facility that would cost Medicaid more in two months than it would cost to pay for therapy.

It could mean the difference between evicting and keeping a roof over the person’s head who must choose between paying for health care and / or drugs or paying the rent or the mortgage; a choice no Tennessian should have to make at a time when thousands of people are feeling the economic impact of the pandemic and they have no viable safety net to avoid pending homelessness.

The expansion could also mean that untold numbers of young TennessÃ©ens with disabilities could regain their independence through increased payment for medical procedures and assistive devices that are currently not covered by Medicaid. My daughter, a 42 year old nurse who suffered a massive stroke in 2017, is one of those people. The stroke left her with little or no function in her dominant right hand and arm. In early 2020, his physiotherapists and occupational therapists recommended a brace that could restore function to his paralyzed right arm and hand, a device first used by veterans with remarkable success. After an assessment by the company that makes the device and an order for its PCP, an application for approval was submitted to Medicaid. The request was denied. Three appeals were filed and they too were dismissed. The reason given for the refusals was that the device was “experimental”, which made no sense since we had observed a patient in our hometown who was using the device paid for by his private insurance company. We have also submitted documentation from several federal appeals where judges have ruled in favor of the patient. This obviously meant nothing to Medicaid who suggested that we continue with the same physical and occupational therapy that proved ineffective, and the costs over the years would amount to more than the cost of the assistive device. It didn’t make sense to us, but after three calls we move on. The expansion could reverse decisions like this that rob the patient of an opportunity that would lead to more independence and, in my daughter’s case, likely result in her returning to gainful employment.

And then there’s the 40-year-old I know who suffered a stroke and heart attack that left them totally paralyzed and unable to speak. This person was placed in a long-term care facility after being released from hospital with a feeding tube, tracheostomy and unable to walk. The scary part of this story is that the person never had an MRI because they were obese and unable to adjust to the MRI machine. They were told that Medicaid would not pay for them to be transported to a facility that could accommodate them. So in reality the diagnosis was never confirmed and their treatment plan was based on the providers’ guesswork. It’s hard to imagine in 2021 in a country that prides itself on its medical advances. The expansion of services could have made a huge difference in the level of treatment of this patient and the overall outcome.

There are countless more in this condition with similar stories of preventable bad health outcomes. I understand that the wheels of justice are turning very slowly, but when it comes to justice in health care in Tennessee, we haven’t made any headway in decades. In fact, a glance at any health statistic shows that things just keep getting worse. In the midst of the ‘Bible belt’, the right and the right thing for lawmakers to do is to put aside personal and political agendas and take this opportunity to improve the health of all Tennesseans and bring them to a better state. healthy. If the pandemic hasn’t signaled it, maybe the people we’ve chosen to represent us are looking into a crystal ball and seeing things I can’t see. I wonder what it will take to change their minds.

Myrtle Russell is a retired caregiver. Contact her at [email protected]