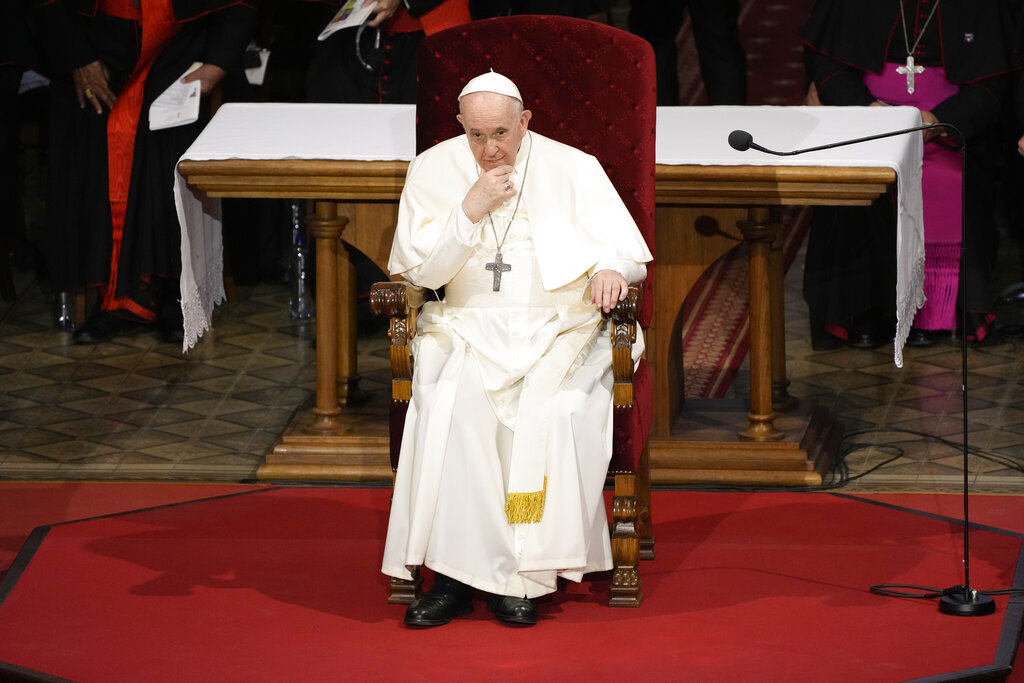 Pope says having pets instead of children “takes away our humanity”

ROME (WJW) – Speaking to a general audience at the Vatican on Wednesday, Pope Francis spoke about the tendency of couples to have pets rather than children, saying â€œit takes away our humanityâ€.

The Pope was speaking as part of a series on Saint Joseph, focusing on parenthood, Saint Joseph as the “adoptive father” of Jesus and what he described as “the current age of the notorious orphanage â€.

Pope Francis said that “many, many” couples are not having children because they don’t want them. Or they just have a child “but they have two dogs, two cats”.

â€œYes, dogs and cats are replacing children,â€ he said. â€œYes, it’s funny, I understand, but it’s reality. And this denial of paternity or maternity diminishes us, it takes away our humanity.

He went on to say that this causes civilization to become “aged” and “without humanity, for it loses the wealth of fatherhood and motherhood.”

Also during his speech, Pope Francis called for facilitating adoption. He urged those who cannot biologically have children to consider adoption.

â€œIt’s a risk, yes. Having a child is always a risk, whether naturally or by adoption, â€he said. â€œBut it’s riskier not to have them. It is more risky to deny fatherhood, or to deny motherhood, whether real or spiritual. But denial, a man or a woman who does not develop a sense of fatherhood or motherhood, they are missing something, something fundamental, something important.

To read the full speech of Pope Francis, click here.