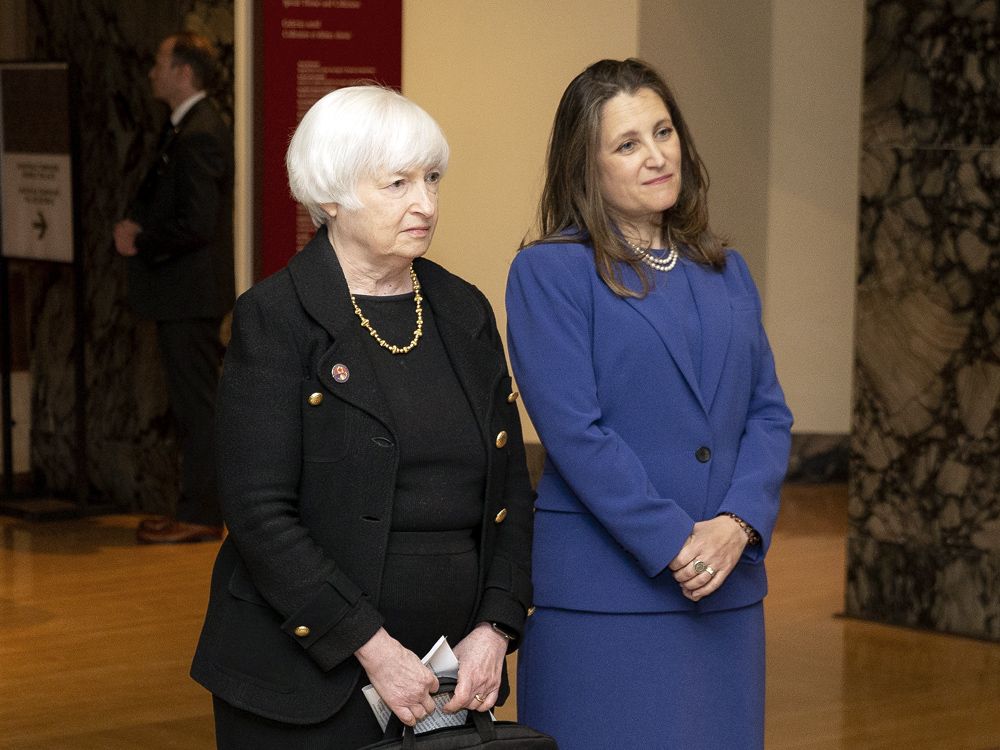 President Biden would ‘very much’ like to replicate Canada’s national child care plan: US Treasury Secretary

US Treasury Secretary Janet Yellen says she “admires” the Liberal government’s new national child care plan and that she and US President Joe Biden would “very much” like to see similar policies enacted in their country.

During a town hall meeting in Toronto with Deputy Prime Minister Chrystia Freeland on Monday, Yellen said the United States has fallen behind allied countries when it comes to women’s participation in the workforce, in part because that they do not provide “adequate child care”.

“Child care is too unavailable and too expensive, and I really admire what you’ve done here in Canada,” Yellen told participants in the discussion at the University of Toronto’s Rotman School of Management.

She was referring to the Liberals’ $30 billion pledge in Budget 2021 to create $10-a-day child care spaces in every province over the next five years.

To do this, the government has signed agreements — very variable from one to another — with all the provinces and territories of Canada which will first reduce the cost of certain places by half before eventually lowering the daily cost. at $10.

The program is inspired by the existing system in Quebec, which has offered heavily subsidized places in public daycare centers called “CPE” since its establishment in 1997.

The model is credited with boosting women’s participation in the labor market and accelerating their return after childbirth, but it is plagued by a permanent lack of space that pushes parents to enroll their children years before their entry into the child care system.

The Treasury Secretary said she and US President Joe Biden are aware of the agreements the Liberals have signed with the provinces and hope to do the same at home.

“President Biden and I would very much like to see similar policies in the United States,” she said.

“In terms of women’s participation in the labor market, we used to be ahead of the pack. And now, among advanced countries, the United States is in the middle or even worse.

A study by the Canadian Center for Policy Alternatives released in May found that because provinces and territories are taking different approaches to trying to meet the government’s original cost-cutting targets, some may miss them.

“Overall, most cities and most age groups will miss the federal goals. They won’t miss them much, but they will miss them,” David Macdonald, co-author of the study and senior economist at the center, told The Canadian Press.

With additional reporting from The Canadian Press.