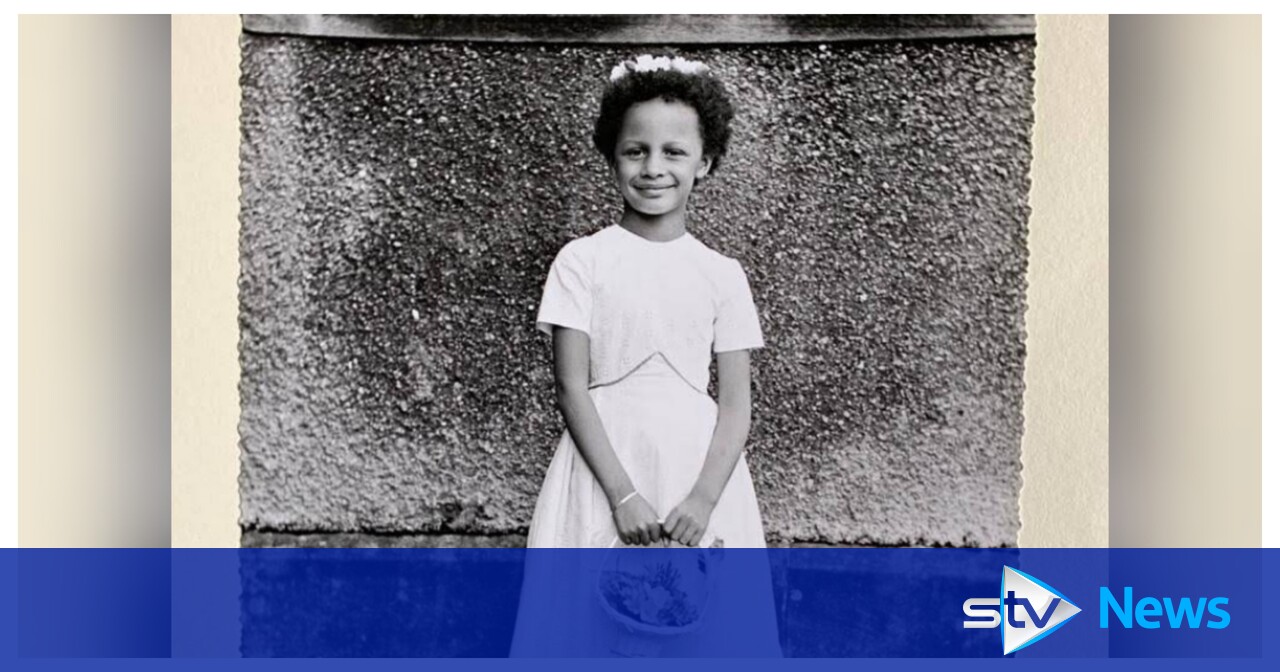 But it could have been still different. The daughter of a middle-class white woman from Edinburgh and a black American serviceman, Esther was one of thousands who passed through “mother and baby” homes that separated young women and their children through forced adoption.

His desperate search for answers about his parentage, background and identity has now been told as part of a new eight-part exclusive Spotify podcast.

‘Looking for Esther’, which is available now on the streaming platform, follows 61-year-old Gayle Anderson’s quest to find her birth mother.

“There are so many different possibilities that my life could have been. It amazes me, it’s complicated.

Before Esther there was Catherine Ann Lindenberg – the name given to her by her biological mother Ann at Woodlands Children’s Home in 1961. She had met Bob Hubbard at the Palace Ballroom in Fountainbridge in the capital, but had been forced to hiding their relationship for fear of stigma and was sent to a Church of Scotland run facility when she became pregnant.

Esther was first adopted by Reverend Crichton and his wife Doris Robertson in their sprawling parsonage. The Robertsons had already adopted another black daughter – Esther’s sister Ruth – and loved the idea of ​​the couple growing up together.

However, both were in their 50s at the time and had five children of their own. Within a few years the pressure had become too much and Esther was placed with a third family, the Grahams in Beith, Ayrshire.

Except that she was no longer Esther. Her name was Doreen Ann, a nickname she discovered existed at the age of 35 when she got access to official adoption papers – only for the Robertsons to change their minds and ask her to come back after three months.

“It was all transient, that was how it was,” she said.

It took Esther almost 50 years to investigate her past, but a diagnosis of ovarian cancer in 2018 convinced her to move forward with this harrowing and harrowing journey.

Gayle recalls: “I had to come and visit her in the hospital and she had been sick overnight.

“Every time I tried to put the puzzle together before, it got too emotional, it was like opening another Pandora’s box,” Esther said.

“But going through the cancer and the treatment, I started having regrets. You get very thoughtful when you’re in the hospital and going through all of that and that was the biggest thing on my mind.

Little is known about Bob, his father, the airman based at RAF Kirknewton in West Lothian where several small US regiments were housed to provide radio support to their British counterparts until the late 1960s.

Growing up black in Scotland at this time was ‘difficult’, although Esther admitted she faced little racism during her school days.

Instead, the most difficult aspects came at home, where her black identity was never brought up and the only person she knew who had gone through a similar experience was Ruth.

“My mother didn’t even know how to do my hair. She would just take a brush on it and it would pull and it would really hurt,” Esther recalled.

“The Robertsons received no instruction manual on how to raise a black child. There was no promotion of the black part of me. I was a bit alone through this.

Bob has not yet been found, but the couple have taken their first steps by making it known that they would like to get in touch.

“Fathers were actively discouraged from having contact with mother and baby homes, whether they wanted to or not,” Gayle said.

“He may not even know Esther exists. He may have stayed on base. He may have returned to the United States. He could be anywhere in the world, we just don’t know.

“I think doing that and bringing it all together through the podcast, it gave us a lot of confidence that we could find it.”

The green light for the podcast came after Esther’s story was submitted to the Spotify Sound Up UK competition – aimed at ‘amplifying’ the voices of women of color through the medium. The streaming service backed the series and released it for subscribers last month.

An estimated 60,000 single mothers endured the ignominy of the forced adoption system for three decades in the 1950s, 60s and 70s.

Campaigns for an official apology saw deputations sent to Holyrood where grieving relatives pleaded for recognition and contrition of the barbaric practice.

In 2013, Australia became the first country in the world to take responsibility for forced adoptions with a formal apology, while Canada made a recommendation to the Senate in 2018 and the Republic of Ireland followed suit. last year.

No formal atonement has been offered by Holyrood, but a consultation for those affected by the practice to share their “views and ideas” was launched in January.

However, Esther says it doesn’t go far enough and wants the Scottish government to apologize to the nation.

“I think an apology would be amazing,” she said.

“I feel like an ambassador for my mother, for many women placed in this position, because her story is now known.

“She was innocent in all of this and I feel very passionately that there should be apologies for past adoption practices.

“We don’t slander the podcast. Due to societal and parental pressure, it happened and of course there should be an apology.

Children’s Minister Clare Haughey said: “I am deeply saddened that in the past some women have felt compelled to give their children up for adoption.

“Our webpage and questionnaire have been created for those affected by this heartbreaking issue to share their views and ideas. Mothers, fathers, sons and daughters came forward to give moving accounts of their experiences.

“The answers will help us understand what support is needed to help these families and hopefully we can work together to explore next steps.

“In the meantime, we have begun the process of creating specialist support groups and peer support for those affected.”

Looking for Esther is a Spotify Original podcast and was produced in association with The Big Light studios in Glasgow. All episodes are available now.