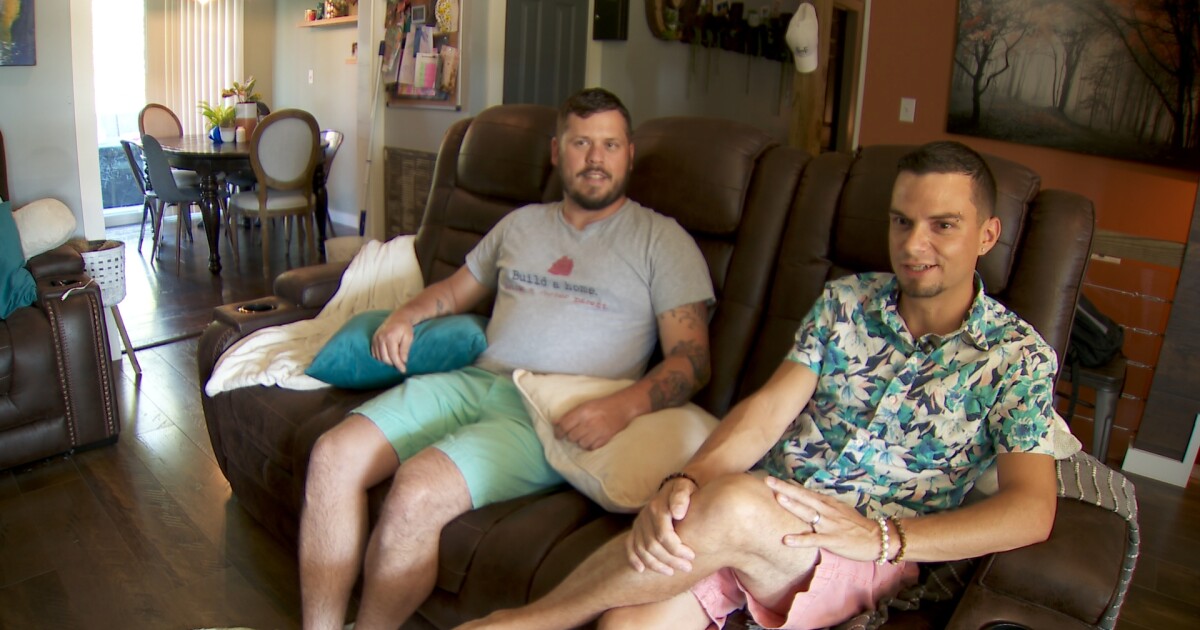 CLARKSVILLE, Tenn. (WTVF) – We are hours away from the Nashville Pride Festival. Many will be there to have seen so much change for the gay community over the past few years. In fact, the pandemic may have played a role in encouraging big changes in same-sex households.

As gay people growing up in small towns, there’s so much that Michael and Travis VanZant never expected to see in their lives.

“When I was in the military, of course, Don’t Ask, Don’t Tell was at the stage where he was knocked down,” Travis said.

“We met on Plenty of Fish,” Michael said. “Almost immediately knew he was my person.”

“The Supreme Court had made it legal across the country,” recalls Michael.

They went straight to the county clerk to become the first gay couple to marry in Montgomery County. Now comes something else that Michael and Travis never expected in their lives.

“I said to Travis, ‘I think I want kids now. It took him 10.10 seconds to get on the phone with every foster agency within a hundred mile radius,'” Michael continued.

Thanks to the youth villages, they adopted the brothers Andrew and Lucas. They also provide a home for an 18 year old who has just been released from foster care in addition to another child in foster care.

“Very scary at first,” smiled Travis. “Of course, going from no kids to having kids is like every couple.”

With people in isolation, agencies across the country are reporting that the number of calls of interest from potential parents slowed at the start of COVID. This was when unemployment rates were on the rise and many were reluctant to bring someone new into their home. Michael and Travis saw it as the right time to become parents, like so many other same-sex couples.

According to the US census, there are more than 181,000 same-sex households with children at home. Of these figures, nearly 21% have adopted children into them. The US Adoptions Agency reports that about 4% of adopted children and 3% of foster children are with same-sex parents.

“There are agencies that deny same-sex couples the right to adopt when there are still kids out there who need homes,” Travis said. “I don’t understand it.”

Michael and Travis will be at the Nashville Pride Festival, working on a booth with Youth Villages to educate other same-sex couples about fostering and adoption.

There are so many things that two small town men thought they would never see, never experience. Together, they say they have seen the world change.

“When I was younger, I never thought these things would be possible,” Michael said. “It’s awesome, it’s fantastic. I love being a dad.”