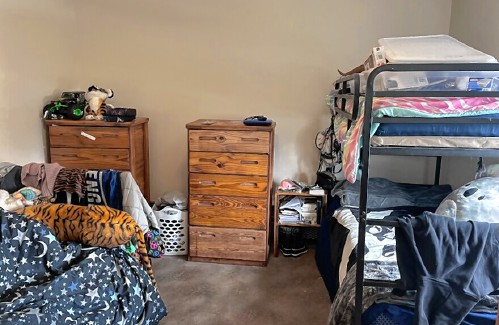 Residential treatment facilities in New Hampshire used restraints on children at least 100 times per month between 2016 and 2021. Some months saw more than 300 incidents of restraint.

State officials are trying to bring that number down to zero. And experts say the way to do that is through something called ‘trauma-informed care’ – an approach that focuses less on punishment, and more on understanding why a child might act a certain way in stressful situations and prevent them from repeating behavior that could hurt themselves or others.

Many children placed in residential treatment centers have suffered abuse, neglect or other significant trauma. The vast majority are involved in the child protection or juvenile justice systems.

Trauma-informed care aims to keep these difficult life experiences in mind when responding to a child who is having a seizure, threatening to run away, or exhibiting other difficult behaviors, which is not unusual for children with a traumatic past. Historically, experts say, residential treatment facilities tried to manage what was perceived as “bad” behavior by restraining or isolating children.

But Dr. Kay Jankowski, who directs the Dartmouth Trauma Intervention Research Center, said these kinds of responses can be traumatic in their own way, especially for children who have a history of abuse and neglect. She says that while the staff intend to protect the child by restraining him, what the child perceives may be the opposite.

“If there are enough elements similar to what they experienced in the actual event,” she said, “then it ends up retraumatizing that child.”

That’s why Jankowski has worked directly with New Hampshire facilities in recent years to move away from these control measures and adopt a more trauma-informed approach.

“It’s a different lens to look through,” Jankowski said.

When training residential facility staff on trauma-informed care, Jankowski asks them to consider how a child’s background might influence their response to a stressful situation and whether the facility can provide changes to reduce this stress. For example, she says, if a child has a history of abuse by men, it might be beneficial to involve more female staff in the care of that child. Certain smells and interactions can be triggers for stress reactions, she said.

This change is not just about responding more effectively to challenging behavior in the moment; Jankowski said it may also prevent the behavior from happening in the future.

New Hampshire children’s advocate Cassandra Sanchez is also championing this move toward trauma-informed care in the state’s residential treatment facilities. She said it was about learning a new way of communicating to better meet the needs of children.

“When they have an outburst, they’re the ones trying to speak in a different language and tell you something’s wrong and they need help,” she said.

Alexia McMakin says she was the kind of child who could have benefited from a more trauma-informed approach. Instead, the 23-year-old remembers being isolated in a space called “Quiet Room” during her stay at Nashua Children’s Home in 2016.

McMakin and other former residents of the Nashua Children’s Home described the Quiet Room as an austere, isolating space where they were often sent as punishment for all manner of behavior: fighting, sneaking into a cellphone, refusing to apologize. , to have troubles. in school and more.

The room has small lockers with metal benches and a large desk where staff can sit to watch the children. When McMakin was in the silent room, she said she wasn’t allowed to talk to anyone.

“I was in there for hours,” she recalls. “It was very traumatic.”

Nashua Children’s Home Executive Director Dave Villiotti acknowledges that the facility continues to isolate disruptive or crisis-ridden children inside the Quiet Room, sometimes for up to six hours, under member supervision. Staff. At the same time, Villiotti says they try to use less restrictive approaches whenever possible.

If a child is acting disruptive but not hurting anyone — for example, by throwing things into their room — Villiotti says staff are less quick to intervene than they would have been in the past.

“In previous years we would have been less tolerant in allowing this to continue because of the disruption to the whole group,” he said. “Now we are more tolerant.”

Daniele Ferreira is among those trying to change the way Nashua Children’s Home cares for its residents. Before starting as the facility’s training and recreation coordinator in 2019, Ferreira spent years working as one of its residence counselors. As a counsellor, she said she hadn’t received much training on how to take a trauma-informed approach.

“The knowledge just wasn’t there on our side, back then,” she said.

But now Ferreira is trying to make up for lost time. Last year, she created an alternative space to the Quiet Room, called Sensory Room, which provides a safe and engaging environment for children to decompress away from other residents.

Nashua Children’s Home staff members are also trying to pay more attention to when and how they use restraint on their residents. Villiotti said staff look for patterns, such as if some children exhibit the same disruptive or aggressive behaviors at the same time each day. Are there ways to proactively calm them down? Are the same children held back again and again? Whenever the facility uses restraint, Villiotti said, they try to check in with the child involved after the incident to better understand what the experience was like from their perspective.

For some former residents, these changes are too little too late. Some say the Nashua Children’s Home has fallen behind in its implementation of trauma-informed care compared to other New Hampshire facilities where they resided years ago. Others say the facility’s continued use of tactics such as physical restraint and the quiet room undermines its efforts to become more trauma aware.

Villiotti, who spent nearly four decades at the Nashua Children’s Home, doesn’t think it should be one or the other. He agrees with adopting more trauma-informed approaches, but said it’s not realistic to completely abandon tactics like restraint and the quiet room.

“We’ll never get there, given the population we work with,” he said.

While restraint use reported by Nashua Children Home has declined in recent years, even after new contracts went into effect requiring facilities to move to zero restraints last summer, data from the Office of the Children’s Advocate show that the facility still detains children an average of 10 times per month. The Nashua Children’s Home is not required to regularly report its use of the Quiet Room to state oversight agencies, making it difficult to tell how the facility still uses the space.

Moira O’Neill, the state’s recently deceased children’s advocate, and Sanchez said the facility’s continued reliance on tactics like the quiet room has the potential to cause long-term harm to children. already vulnerable. But Sanchez said she is cautiously optimistic that her leaders and staff are taking steps to change for the better.

“We know change won’t come overnight,” Sanchez said. “We want to help them get there.

These articles are shared by partners of The Granite State News Collaborative. For more information, visit collaborativenh.org.

“More than a name on a wall”